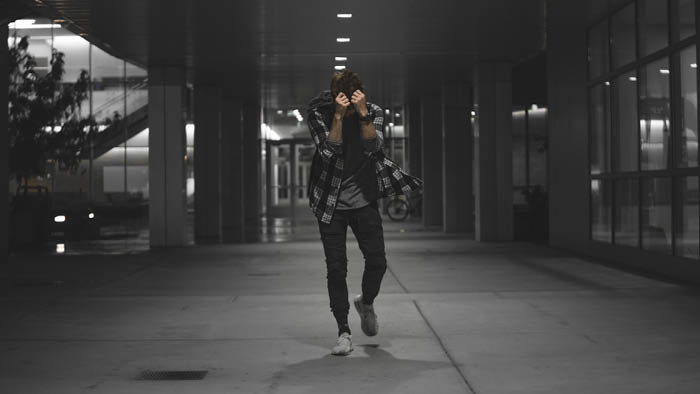 Courage for the Ordinary

On January 23, 1943, the USS Dorchester set off on a transport mission with over 900 soldiers, seamen, and civilians on board. The vessel was torpedoed by a German U-boat two weeks later. In about 20 minutes, the ship was sunk. As the abandon ship signal sounded and passengers scrambled for the limited lifeboats and flotation devices, four men gave up their own life jackets in order to guide others to safety, tend to the injured, and administer last rites. When they had done all they could do, the men linked arms on deck to pray and sing hymns as they met the fate they had sacrificially chosen for themselves. These men were chaplains; a rabbi, a priest and two Protestant ministers. Their selfless actions were certainly courageous and a Distinguished Service Cross, a Purple Heart, and a Special Medal for Heroism were posthumously awarded to each of the men.

Stories of such great courage can make the virtue of courage seem out of reach for the ordinary person. Courage, we may think, is for the soldiers, the firefighters, the undercover cops, etc. and Christian courage, if such a thing exists, is for the biblical heroes and the martyrs, the likes of Joshua, Daniel, the Three Youths in the fiery furnace, Ignatius, and Polycarp.

While I acknowledge that these are good and true examples of courage, I caution us against limiting our definition of courage to include only those who face imminent physical danger. Courage deals primarily with our response to fear, and fear is a universal phenomenon. Our common everyday fears deal with our reputation, our health, our sense of agency and purpose, our plans for the future, our hopes for ourselves and our families, our perception of the world around us, and a myriad of other things big and small. And these fears require courage. Though few of us are called to lead armies or take bullets, we are all commanded more frequently than any other biblical admonishment, “Do not be afraid.” Courage, then, is an essential Christian virtue.

To be clear, this commandment does not require us to ignore our emotions, choke down our concerns, or feign some blind optimism. In many situations, fear is unavoidable, and that isn’t all bad.


At its best, fear can send us warning messages: press the brake, study for this final, be careful how much you share here. One could even argue that these warning messages are part of the God-given purpose of negative emotions, ultimately intended to remind us of our reliance on God.

However, we can also give ourselves over to our fears such that fear becomes our master. The spiritual warning message, “Rely on God,” becomes, “Rely on safety and comfort.”

The “Do not fear” command, then, speaks not against acknowledging fear, but against serving fear as Lord. The language of Psalm 23 illustrates this:

“Though I walk through the valley of the shadow of death, I will fear no evil, for you are with me.” The psalmist acknowledges the evil present in the dark valley, yet he continues his walk with courage. Why? Because he trusts in the presence of the Lord. He finds comfort in God’s rod and staff — His position as both king and shepherd. Thus, Christian courage is not turning a blind eye to fear; it is looking fear dead on and saying, “Christ is with me.”

It is this courage, founded on a dependence in the presence of Christ, that enables us to face our everyday fears. Our reliance on Christ is our common courage — the courage that it takes to confess a sin when you’re afraid of how others may respond. To speak up on behalf of the outcast. To listen to someone who sees things differently. To reach out to a hurting neighbor when you’re unsure what to say or do. To love your family when the marriage is rocky or the kids “hate” you. To live and work with intention when you feel like checking out. To trust your purpose in God’s Kingdom even when your body and mind aren’t capable of all they once were. To pray and believe even when you feel like every prayer returns unanswered. To face failure, unemployment, a diagnosis. This is not the courage of the war hero. This is the humble courage of the ordinary.