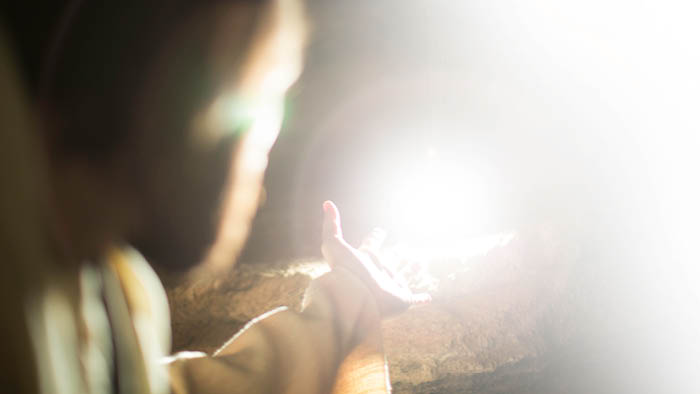 Why did the EFCA change the Statement of Faith?

Some of you have heard there will be a Second Coming of Christ. Ever wonder when it will be? Well, that question has been captivating the minds of theologians for the last 2,000 years.

A funny parody on how our view of the end times has been shaped. Performed by Randy Bonifield at Christ Community in Aug. 2007.

Depending on how many birthdays you have had, you may be familiar with the 1972 movie A Thief in the Night. You may also have heard of the best-selling Left Behind book series by Jerry Jenkins and Tim LaHaye in the late ’90s. Although those works were entertainment, the fact that their eschatological story lines captured the attention of many in the U.S. tells us how intriguing this topic is.

Although eschatology (the study of end times) also deals with topics like the “rapture” of Christians (1 Thess 4:13-17) and a period of suffering known as “the tribulation” (Rev 7:14), the focus in this discussion is on the more narrow topic of Christ’s return to earth as it relates to His establishing a visible reign on earth.

For you secret theologians out there, how often do you wonder if Christ’s return is going to be premillennial or postmillennial, pre-tribulation or post-tribulation? Or if you’re a student, perhaps you simply pray that He returns before your parents see your next set of grades.

Whatever your standing, level of interest, or belief, you should know that the Evangelical Free Church of America (EFCA), the denomination of which Christ Community is a part, recently voted to make a change to the statement of faith regarding this issue.

Changing a statement of faith is a momentous event in my opinion and warrants a bit of digging. What happened in June 2019 that caused the denomination to change? Lightning bolts? Visions? New archaeological discovery of an autograph? What will they change next year? Is the EFCA going liberal or progressive?

Let’s examine a few definitions, look at a little history, and then see why the EFCA decided to alter the statement of faith in 2019.

Millennium – literally, 1,000 years with Latin roots of mille (thousand) and annus (year); in eschatology, refers to the reign of Jesus on earth between the present age and the eternal state

Amillennialism – the belief that the rule of Christ is currently operative and that His return will immediately usher in the new heaven and earth; that is, there will be no intermediate millennial reign.

Equipped with those definitions, what did the EFCA statement of faith say and what does it say now? There are ten articles in the statement. They are:

The change that was made on June 19, 2019 was to Article IX, Christ’s Return, and only one word was changed.

Prior to the change, the article read,

“We believe in the personal, bodily and premillennial [emphasis added] return of our Lord Jesus Christ. The coming of Christ, at a time known only to God, demands constant expectancy and, as our blessed hope, motivates the believer to godly living, sacrificial service and energetic mission.”

It was changed to read,

“We believe in the personal, bodily and glorious [emphasis added] return of our Lord Jesus Christ. The coming of Christ, at a time known only to God, demands constant expectancy…”

At this point, some historical perspective is in order. Most students of Revelation (the last book of the Bible which deals with a great deal of eschatology) adhere to the concept that there will be (or is) an intermediate period when Christ will rule. During this period, Christ’s identity as both Lord and King will be publicly vindicated and acknowledged. He may not be worshiped by all, but His credentials will be acknowledged by all.

Early on (before the Nicene Council ca. 325), most of the best-known church scholars had premillennial views, though they were vaguely defined. By the fourth century, however, most had turned away from that view. There are several suggested reasons, but the primary driver in the decline of premillennialism was Augustine and his work City of God.

The roots of modern Anglo-American eschatology germinated with the millennial resurgence of the Puritans of the seventeenth century. Once again, however, positions were not clearly articulated and both premillennialism and postmillennialism forms were common. Some of the Puritans, Jonathan Edwards included, felt that Christ would not return until after a period of peace and prosperity for the church on earth: a millennium to be ushered in by such a great outpouring of the Holy Spirit that the massive revivals of the Great Awakening (ca. 1730s– 1740s) would be viewed as but a foreshadowing by contrast. That view was called postmillennialism.

The 1800s saw a further resurgence of premillennialism, with sparks from a Scottish theologian, and the publication of the Scofield Bible in 1909. This resurgence had a slightly different interpretative metanarrative that informed the Bible school movement in this country in the late nineteenth and early twentieth century, including Moody Bible Institute in Chicago. This perspective was dominant in the formative period of the Free Church circles. Much later, it shaped the thinking behind Hal Lindsey’s The Late Great Planet Earth (1970) and the previously mentioned Left Behind series of the late 1990s.

WHY THE EFCA CHANGE?

Against that historical backdrop, why did the EFCA change? Why now? Do we need to be concerned?

All are good questions.

In short, the change was made to better reflect the position that the EFCA does not want to include items in the statement of faith that are not of the top dogmatic ranks. Everyone must constantly make choices between important and essential, and after approximately thirty years of internal debate, the EFCA has decided this issue, while important, is not essential.

Just as science has historically distinguished between laws, principles, theories/hypotheses, and speculation, so has theology established categories known as “dogmatic rank.” In science, laws are inviolate—think gravity and planetary motion (Newton and Kepler) while principles are mechanisms by which phenomena are observed to operate (e.g., Heisenberg’s uncertainty principle).

In a like manner, theologians delineate matters according to levels of importance. The highest fundamental articles of faith are known as dogma and are utterly necessary to the Christian faith. These are the elements without which Christianity does not exist and the integrity of which is necessary to the preservation of the faith.

The secondary level are issues, such as those dealing with baptism, for example, that might be absent from a person’s faith, or at least lacking in accuracy but will in no way jeopardize their salvation since the forgiveness of sin rests solely in faith in Christ and His work on the cross, not on acceptance of secondary doctrines.

The third rank are those elements which are not at all fundamental to truth. An example of this third rank might be the identity of the Antichrist. These are interesting topics, important topics, but not even remotely salvific.

There will always be debate on how to accurately categorize topics. The EFCA relies primarily on four factors:

1) exegetical certainty (to what extent does Scripture unambiguously affirm);

3) biblical emphasis (where, how often, or how forcefully emphasized);

4) historical agreement within the church over time.

Applying those categories to its public statements, the EFCA has historically adhered to a tenet called “the significance of silence.” That is, if the issue is not of the first or second rank and is not truly fundamental to salvation, they have maintained a charitable silence. The question then becomes, into what category does the timing of Christ’s return fall?

The EFCA feels strongly that premillennialism versus postmillennialism versus amillennialism comes nowhere near the first dogmatic rank. In no way does the recent amendment diminish the adherence to biblical inerrancy, nor does it change the framework of interpretation utilizing the context of the whole of canonical Scripture.

SO WHAT DO WE KNOW FOR SURE?

The Book of Revelation is apocalyptic literature. We are told that John is temporarily whisked into heaven in order to view future events from a divine perspective. There are peculiar creatures described in vivid terms. It speaks of serpents and locust-like armies, as well as a rider on a great white horse. Wild stuff.

The language is metaphorical, not literal. Although the book may use symbolic language, it conveys truth about what is real. The battle of good and evil is real. Will God’s earthly reign be for what we know as 1,000 years? We cannot say with certainty. But we can say that the final victory belongs to God and is real. The new heaven and the new earth are real.

The issues of end times have been a puzzlement to humans for centuries—and there is much we do not know. What I do know is that I trust in the sovereignty of God even if I do not understand it all at this point.

To some readers that last statement could be construed as a weak-minded cop-out. Remember, however, that trust is built on a body of evidence. Given the historicity of Scripture, the unfathomable probability against the numerous perfectly fulfilled prophecies, the literary cohesiveness of Scripture, and the canonical coherence of Scripture, there is more than an adequate body of work for us to feel very comfortable in placing trust in the sovereignty of God.

We are promised that Jesus will return. May I be at my post when He does!

Whereas today, followers of Christ are liberated from the power of sin, some day we will be freed from the very presence of sin. Oh Lord, haste the day.