How Do You Cultivate a Resilient Relationship?

Right here, in the face of an inevitable failure, is when relationships have the highest likelihood of coming to an end. Often all it takes is a single offense to undo years of intimacy. Friend groups dismantle. Marriages dissolve. Collaborative partnerships come unhinged. Failure happens in every relationship, and all too often it means the relationship is over.

Where does one go from that place? I used to think failed relationships could be mended if people merely learned to forgive each other, but I was wrong. Forgiveness alone can’t fix a relationship.

To be clear, forgiveness is necessary. Jesus calls every one of His followers to model a lifestyle of forgiveness. Christians who cannot forgive others should check whether they have experienced forgiveness from God (Matthew 6:14-15). On top of that, we are called to forgive not just here and there, but with such regularity that we lose count (Matthew 18:22). We are to have open hands with offenses and let go of wrongs with diligence. And yet, as difficult as forgiveness may be, it is not enough to repair a relationship.

The problem with making forgiveness the goal of healing strained relationships is that it makes confession the only means. Confession is certainly an essential part of mending relational fallout. Confession is a way for the one who has committed an offense (or is a member of a group or corporation that has committed an offense) to own their failure by “naming ownership of the thing” that brought fissure. Ownership is essential for the offender to name and for the offended to witness.

But when forgiveness is the goal and confession the only means, then relational mending is a one time transaction that can make the offender feel absolution has been achieved while the offended is still emotionally (and possibly physically) wrestling through the pain of the original offense. This sort of forgiveness may very well be the grounds for a sense of freedom from the offense for the offender, but it will not necessarily restore the relationship for both parties.

In a culture of hyper-individualism, relational immaturity and an underlying expectation that everything we want should come with the click of a button, this can be hard to accept.

While both parties may share a common perspective over what created the distance between them, it will not necessarily reestablish their former relationship. In some circumstances such efforts can actually create more relational distance when this dynamic isn’t acknowledged.

As a pastor, I’ve seen this take place with a husband who has cheated on his wife, and having confessed to the affair and apologized, becomes enraged and wonders why she can’t “just treat him normal” from now on. “I said I was sorry, ok?! Why can’t you let it go?!” His failure to acknowledge how his previous sin continues to cause pain — even when she has extended forgiveness — actually may cultivate a sense of insecurity leading her to fear that her husband may commit the same sin again: “Was he just saying sorry so we don’t have to talk about it anymore, or is he really sorry and wants to change?”

As a pastor in our city, I’ve seen the same dynamic in conversations regarding race relations and the history of racial injustice in the United States. When historic injustices that have lingering effects are brought up, a common trope from some is “Why can’t they just move on?! That took place so many years ago!” This kind of response communicates a lack of genuineness in remorse and an unwillingness to listen. Is it any wonder that our city and nation are still so separated?

So how can we cultivate relationships that press through failure? What is the path to cultivating resilient relationships?

Every relationship that endures through failure requires an additional step: the important move through confession to repentance. While confession owns one’s guilt over a past action, repentance works toward actions of life for the other. Confession longs to receive absolution. Repentance longs to engage in the long-suffering work of repair. Confession can be perceived as a one and done transaction. Repentance accepts that a cyclical and ongoing journey is necessary.

In some relationships, the most we can hope for in the short term is forgiveness. Much like Paul and John Mark (Acts 15:36-39), we end a relationship with an empty ledger of offenses but choose not to continue on in the relationship. For those relationships we long to see last, we need to go beyond absolution and do the enduring work of restoration. And for that, we need more than confession and forgiveness. We need repentance and repair for both parties.

Examples of this are seen throughout the biblical storyline. It’s etched into the Old Testament law given to Israel to guide them into communal flourishing (e.g. Exodus 22, Isaiah 58). It was practiced by leaders like King David who had a heart like God’s in navigating national injustices (2 Samuel 21). It’s what John the Baptist proclaims to prepare the way for Jesus (Luke 3:1-6). Zacchaeus lives this out in establishing a radical financial repayment plan after which Jesus says, “Salvation has come to this house” (Luke 19:1-10).

This was also carried out in the early church. In the early African church, we find the Canon of Hippolytus (4th Century A.D.), a book on church order as believers sought to live out the teaching of the Apostles. There were certain vocations that were not accepted in the early church because of how they maligned or abused neighbors. In some cases baptism was forbidden unless it could be established that they had left such vocations by the testimony of three witnesses.

If it was found that they had returned to a destructive line of work, they were barred from the church community. Injustice was simply not tolerated. It was not a place where you could just live life any which way and still remain in the fellowship. And when were they allowed to return to membership in good standing? It wasn’t after education, confession and forgiveness. Rather “they are to be excluded from the church until they repent with tears, fasting, and alms.” Repentance and repair revealed in everyday life. 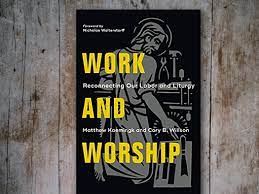 In Work and Worship: Reconnecting our Labor and our Liturgy, Matthew Kaemingk and Cory Wilson comment on this early church practice. They write, “…the worker’s road to redemption runs primarily through liturgical practices—not theological education. Through the liturgical practices of tears, fasting, and alms, the worker is ultimately restored to the worshipping community.”

This response may seem outlandish or over the top. Frankly, most of the biblical characters and writings seem absurd to a world that downplays evil and so downplays the long suffering necessity of restoring and cultivating resilient relationships. We want what Bonhoeffer warns against as cheap grace or an easy believism that erroneously justifies doing anything we want to do with the assurance of absolution (Romans 6:1-2).

Rather, Christians are to have a robust appreciation for the complexity of sin and the pervasiveness of evil within relationships and cultures, so we don’t approach God and others transactionally. We don’t come just wanting to get absolution, but actually seek reconciliation through the road of costly repentance. All of this has us humbly crying out for “more grace” (James 4:6).

So what about you? Me? Is it too much to ask of us?

If you want to cultivate resilient relationships, don’t just come with confession looking for absolution. Come with a posture of repentance ready to repair and go down the long road of rebuilding. It takes longer than we often want to give, but what you get are restored relationships, enduring community and genuine intimacy.

And for that we should be willing to give everything. Again. And again. 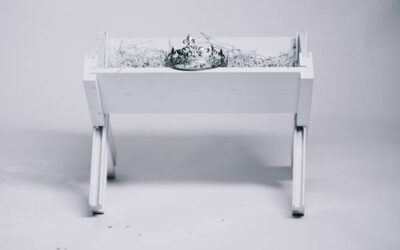 ‘He Shall Be Called…’: Introducing the Names of God

What’s in a name? You can learn a great deal about someone based on their name. This is nowhere more true than when it comes to the names of God. 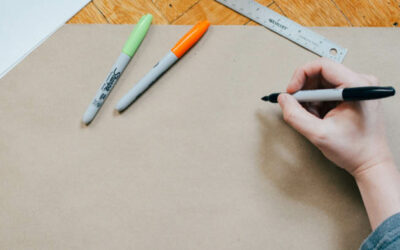 A Liturgy Against Shame Before Creating 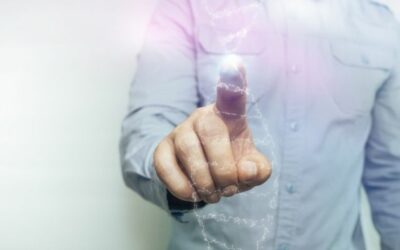 CRISPR is a burgeoning technology capable of genetic editing at the molecular level.