How Does the Church Value Them Both? 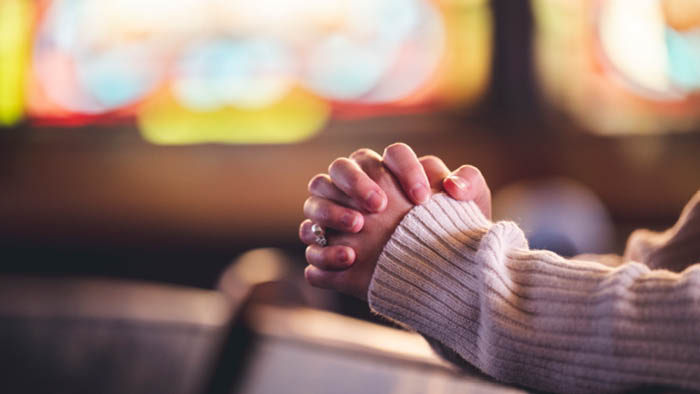 I have always admired much about the life and legacy of Rev. Dr. Martin Luther King, Jr. A couple of years ago while in Atlanta for a conference, Liz and I carved out an afternoon to visit Dr. King’s longtime faith community, Ebenezer Baptist Church where he was baptized, ordained and served as co-pastor with his father until his tragic assassination in 1968. Standing in the historic sanctuary, the words of Dr. King pressed into my mind and heart. Dr. King said, “The church must be reminded that it is not the master or the servant of the state, but rather the conscience of the state. It must be the guide and the critic of the state, and never its tool. If the church does not recapture its prophetic zeal, it will become an irrelevant social club without moral or spiritual authority.” [1]

Dr. King’s insight as to the church’s timeless role in the world has guided my understanding when it comes to the church speaking out on injustice and compelling moral issues. While Christ Community has sought to avoid any hint of partisanship or political co-opting of the local church by any party, we do not abdicate the proper and right role of being the conscience of the state when the cultural moment calls for a graceful, but prophetic word of biblical truth.

In the midst of our grief for the unborn, we are called to share Christ-like love for every person…. With great compassion, we recognize the unique challenges and difficulties unplanned pregnancy often brings, especially for the mother. We care deeply about those impacted by unplanned pregnancy…

Legalization of elective abortion-on-demand [2] is not only a moral issue, but also an issue of justice that compels the church to lovingly, but boldly speak up as the conscience of the state. The arguments, justifications, obfuscations, and massive economic gains of the elective abortion-on-demand industry are powerfully similar to the legalized slave trade in our nation’s past. Then and now, we are called to defend the lives and rights of our fellow image-bearers of Christ.

Looking back at the evils of the slave trade we are shocked and ashamed that it was culturally and legally legitimized. We are incredulous that a nation, as well as many churches and Christian leaders, could so willfully be blind for so long. We currently face the evil of legalized elective abortion, which destroys the life of an unborn child, a person made in the image of God. Dr. King and his niece, Alveda King not only prophetically spoke out against the evil of slavery and racism but also about the evil of abortion. Alveda King declared “How can the dream survive if we murder the children. Every aborted baby is like a slave in the womb of his or her mother.”

It is hard to imagine what Dr. King would say had he lived to see an estimated 63 million [3] babies aborted following the Roe v. Wade decision in 1973. What would he say to learn that the babies aborted in this country are disproportionately minorities? We cannot ignore the explicitly racist and eugenic roots [4] of the abortion industry. The impact on the Black population is well documented on both sides of the issue. Where are the Dr. Kings in our nation today? As Edmund Burke said when he called out the perils of passivity and indifference in the presence of evil: “All it takes for evil to triumph is for good people to do nothing.”

This [Value Them Both] amendment would not ban abortion outright. Instead, it would overturn the Kansas Supreme Court’s ruling that mandated a “right” to abortion and thus permit our elected state representatives to enact limits on abortion.

Holy Scriptures are authoritative for Christ Community not only in doctrinal matters but also for all of life. The Scriptures give us moral clarity and an unwavering commitment to the sanctity of every human life from the moment of conception. If we view the Holy Scriptures as an authoritative and guiding moral force, then we can see from the earliest chapters of Genesis that the Holy Scriptures speak with consistent clarity about the intrinsic value of every born and unborn image bearer of God. In Psalm 139, David declares, “For you formed my inward parts; you knitted me together in my mother’s womb.” The prophet Jeremiah declares the revelation of God saying, “Before I formed you in the womb, I knew you, before you were born I consecrated you.…” The Scriptures prohibit the premeditated taking of another human’s life, declared unambiguously in the Decalogue, ‘You shall not murder.”

Both morally and scientifically the unborn are human persons with rights and any human reasoning of viability, ensoulment or other justification for an unborn person to be destroyed is arbitrary. Every human life, from the moment of conception, shares the same human rights, the first of which is the right to life. Our society rightly protects other young children, adults, and senior citizens. Are we unwilling, under the cover of legalized legitimacy and the right to choose, to protect the precious and vulnerable lives of the unborn who are given no voice? Who could be more vulnerable and in need of protection than an unborn child? The moral goodness of a society is best seen in how it protects and cares for its most vulnerable people.

In addition to the Holy Scriptures, advances in science and medicine continue to affirm the life of the unborn. We now know that the unborn child’s heart begins to beat a few weeks after conception — her body, along with sections of her DNA are unique and distinct from her mother’s. By 12 weeks, the child is fully formed. She has arms, hands, fingers, and toes. Many of us have seen this on an ultrasound. Yet in the second trimester, dilation and evacuation abortion (called “D&E,” or dismemberment abortion) is still lawful and performed in Kansas, by tearing the child’s body apart and removing her from the womb piece by piece. These truths are painful and difficult to hear, but we cannot turn a blind eye from the science of life in the womb and the grim reality of elective abortion procedures. Euphemisms obfuscate the moral and scientific truth.

In the midst of our grief for the unborn, we are also called to share Christ-like love for each and every person affected by unplanned pregnancy and abortion, including those who have chosen abortion. With great compassion, we recognize the unique challenges and difficulties unplanned pregnancy often brings, especially for the mother. We care deeply about those impacted by unplanned pregnancy, and we recognize the many wounds that legalized abortion on demand has had on so many. The church is to be a people and place for healing and hope for each person, including those who have chosen abortion. As the hands, heart, and feet of Jesus who welcomed the little children to himself we want to provide support for women who find themselves in the challenges of an unplanned pregnancy. And we do so with love, grace, and generosity.

What does neighborly love require of us? As a church we avoid partisanship or endorsement of any political party or candidate, and we welcome people into our church body of any (or no) party affiliation. However, in matters of moral injustice, we continue to speak biblical truth and work toward ending injustice. The church’s response to abortion is to be the vocal conscience of the state. How will we respond as Christians and people of good will? Who will stand up and give voice to the voiceless?

The overturning of Roe v. Wade at the federal level does not change the state abortion law in Kansas. The law in Kansas, as pronounced by the Kansas Supreme Court, currently gives less protection to the unborn than Roe v. Wade ever did. Kansas residents have the opportunity to be salt and light by addressing (through the August 2 vote) the possibility of a future of virtually unrestricted access to abortion from conception to delivery.

Prior to 2019, Kansas was one of the most pro-life states in the country. But in 2019, the Kansas Supreme Court issued a ruling that gave protection to what was termed an “inalienable” right to abortion in the Kansas Constitution. In other words, the court declared an almost limitless right to abortion in Kansas — one even stronger than the “undue burden” standard from Roe v. Wade. This ruling went beyond Roe v. Wade to remove protections from the unborn. Kansas Courts have used this ruling to strike down a ban on dismemberment abortions. [5] [6] [7]

Because of the Kansas Supreme Court’s ruling, the rest of Kansas’ pro-life laws protecting the unborn are at risk, including restrictions on abortions up to the moment of birth. The 2019 ruling provides the legal framework to strike down pro-life laws once they are challenged in court. As the abortion industry continues to bring lawsuits challenging pro-life legislation — as it did with the dismemberment abortion ban — Kansas’ laws limiting abortion will continue to be struck down under the law set forth by the Kansas Supreme Court. This puts the unborn of Kansas in greater peril now than ever. Misinformation about this issue is rampant and we must not be distracted or deceived by lies that seek to make Kansas a legalized abortion-on-demand destination for our nation.

Every Kansas law with abortion limits has always safeguarded medical intervention for women who may experience things like ectopic pregnancies, septic uterus, miscarriages, and other health issues.

We must be informed and discerning

Support for the Value Them Both amendment would reverse the Kansas Supreme Court’s abortion decision. This amendment would not ban abortion outright. Instead, it would overturn the Kansas Supreme Court’s ruling that mandated a “right” to abortion and thus permit our elected state representatives to enact limits on abortion. Every Kansas law with abortion limits has always safeguarded medical intervention for women who may experience things like ectopic pregnancies, septic uterus, miscarriages, and other health issues. The Value Them Both Amendment does not in any way prohibit these exceptions.

For such a time as this, we are called to be the church. Through programs and partners, such as Advice & Aid and CarePortal you can come alongside and help women and their families make educated decisions. These partners offer various programs and counseling options that bring emotional, practical, and spiritual support to what can be a very stressful situation.

Please pray, be informed, get involved, and make your voice heard on August 2. Visit ValueThemBoth.com to learn more about the amendment. In this challenging and sobering cultural moment, let’s remember Dr. King’s compelling words, “The church must be reminded it is not the master, or the servant of the state, but rather the conscience of the state.”

2 Every Kansas law with abortion limits has always safeguarded medical intervention for women who may experience things like ectopic pregnancies, septic uterus, miscarriages, and other health issues. The Value Them Both Amendment does not in any way prohibit these exceptions.

3 The Guttmacher Institute and the Centers for Disease Control (CDC). The CDC publishes yearly, but relies primarily on voluntary reports from the state health departments. The Guttmacher Institute contacts abortion clinics directly for data but does not survey every year. Because it surveys clinics directly and includes data from all fifty states, most researchers believe Guttmacher’s numbers to be more reliable. Their numbers yield an estimate of over 63 million. [source NRLC.org]