Lessons from My Elbow

About a year ago I seriously injured my elbow when I slipped and hit it on a door frame at a local restaurant. A normal human being with a level of intelligence just slightly higher than a dung beetle would have realized the need to rest in order to heal from such an injury. I clearly did not possess said level of intelligence.

Not only did I refuse to go to the doctor for several months, I continued to go to the gym, lift weights, and work on finishing our basement. All of that served to compound my elbow problems to the point that I developed lateral epicondylitis, otherwise known as tennis elbow. And yes, I had to google that.

The pain had reached such a level that I had to stop exercising and take a break from the basement project. This was not easy for me to accept because I had to face the fact that I had limitations and that I couldn’t do everything. And that is a hard lesson for someone who has an inflated ego and an exaggerated view of their capabilities.

My desires and attempts to work through the pain were not driven by necessity. They were driven by self-sufficiency. In other words, I didn’t need to remain on my exercise routine, and I didn’t need to finish the basement right away.

I did feel as though my worth and identity was wrapped up in my accomplishments. My aim of validating my significance through my achievements is what resulted in me being forced to rest.

During this time of “forced” rest, I remember reading in Romans 4 and I came across a verse that felt like it was bolded, underlined, italicized, and highlighted just for me. They were words I had undoubtedly read several times throughout my life, but somehow I saw them for the first time. The context is Paul speaking about the faith of Abraham and he says:

He did not weaken in faith when he considered his own body, which was as good as dead (since he was about a hundred years old), or when he considered the barrenness of Sarah’s womb. No unbelief made him waver concerning the promise of God, but he grew strong in his faith as he gave glory to God, fully convinced that God was able to do what he had promised. (Romans 4:19-21)

There was something about that phrase in verse 19 that just struck me afresh. Yes, Abraham was fully aware of God’s limitless power and unshakable promises. But he was also fully aware of his own limitations and deficiencies. He knew how old he was, how impossible the promise of a son was, and how incapable he was to accomplish any of this. Yet this was precisely what allowed him to see his life and circumstances in a way that didn’t lead him to despair.

If we only look to ourselves or rely on our own abilities, skills, and talents, then this will either inflate our ego to where we say “I got this” or deflate our joy to where we ask “what’s the point of this?” In my life these two are closely related. My joy deflates because I try to do everything and I quickly learn that I can’t. That is why we have to look at our limits and God’s promises simultaneously.

When it comes to rest, we will learn how to do it the easy way or the hard way. We will either rest through establishing intentional habits and rhythms, or we will rest out of sheer necessity due to exhaustion of some kind. Our limitations will either prime us to receive God’s gift of rest, or they will cause us to push forward until we are forced to rest.

Which way do you want to learn how to rest? 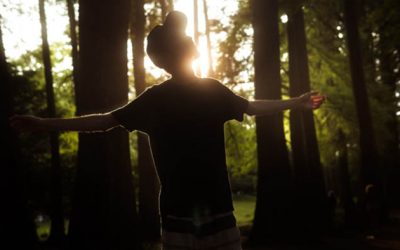 The Spiritual Art of Navel-Gazing

The practice of navel-gazing was a way to contemplate and reflect upon the divine.

Are We Building the Altar?

Only God can bring the “fire of renewal.” Human technique and effort alone cannot produce renewal. Nor can the church compel or manipulate the means or timing of God’s work.

Where Are You Headed?

There are plenty of times in life when we feel like our inexperienced teenage selves behind the wheel of life. As someone wise once said, “We’re rookies our whole lives.”