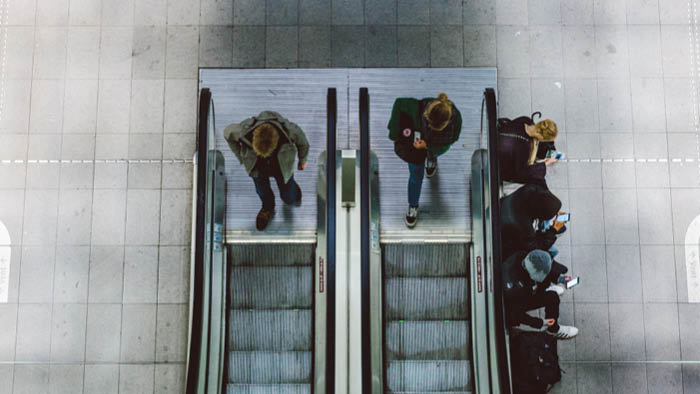 We the Fallen People Includes You and Me

I am a democrat [proponent of democracy] because I believe in the Fall of Humanity.

I think most people are democrats for the opposite reason. A great deal of democratic enthusiasm descends from the ideas of people like Rousseau, who believed in democracy because they thought humankind so wise and good that every one deserved a share in the government.

The real reason for democracy is just the reverse. Humankind is so fallen that no one can be trusted with unchecked power over his or her fellows.

“Equality” in The Weight of Glory and Other Addresses* by C.S. Lewis

If you’re anything like me, I’m sure you are frustrated and perplexed by the political partisanship that only seems to increase with each passing election cycle. Whether it be disagreements over abortion, inflation, student loan forgiveness, public school curriculum, or anything else, thoughtful and charitable debate is hard to find. In spite of these divisions, there is one thing almost all politicians, pundits, and activists agree on: “most Americans want what is right and good, and they agree with me.” Both sides of our political discourse will creatively redefine what “most Americans” means to make this statement true. You would be hard pressed to find a public persona who asserts “Most Americans disagree with me on this, but they are profoundly mistaken.” In our contemporary political culture, the voice of the people is considered the voice of God.

I recently had the pleasure of reading We the Fallen People: The Founders and Future of American Democracy by Robert Tracy McKenzie, Professor of History at Wheaton College. In this deeply thought-provoking book, McKenzie explores the relationship between the Christian doctrine of sin and American democracy. He argues that the founders, who were by no means perfect, had a robust view of the brokenness of human nature that coheres with the biblical view. They designed our constitution with that view of human nature in mind and created built-in checks and balances to guard against the tyranny of the majority. However, within a generation, this view of fallen humanity fell out of favor with the function of American politics. The will of “We, the People” gained the moral high ground simply because it reflects the majority of people who consider themselves essentially good.

Biblically, this is not true. Humans were created good but were broken and tainted by sin when Adam and Eve fell. God sees “that every intention of the thoughts of (humanity’s) heart was only evil continually” (Genesis 6:5). The prophet Jeremiah locates this corruption deep within the human heart as it “is deceitful above all things” (Jeremiah 17:9). The apostle Paul, summarizing and combining much of the Old Testament, concludes that “none is righteous, no not one” (Romans 3:10). Even Jesus himself declares “No one is good except God alone” (Mark 10:18).

Now this does not mean every human being is as wicked and evil as they could possibly be. Each human still bears God’s image even after The Fall (Genesis 9:6), and God’s goodness and common grace prevents humans from being absolutely evil. Also, Christians are not completely exempt from brokenness and sin from the moment of their conversion. Though sin is defeated when Christ redeems us and gives us the Holy Spirit, sinful desires and inclinations still remain within us. This is why Paul commands believers not to allow sin to reign in our mortal bodies (Romans 6:12). Moreover, the reality and depth of human sinfulness should lead even saved Christians to maintain a posture of humility toward others because we are all broken (Ephesians 2:1-9). Gospel-centered Christians can’t divide the world neatly into “good guys” and “bad guys.” Instead, we confess we are all the “bad guys”, and our only hope of being made new is the one Good Guy who died in our place.

Does our broader political engagement and faith in democracy embody this view? McKenzie says no and details major events in Andrew Jackson’s presidency that are emblematic of the opposite shift that still persist today. Notably, Native Americans were removed from the southeast portion of the United States during the “Trail of Tears” in order to distribute more farmland to white settlers. Though there was dissent to this egregious violation of justice and disregard for ratified treaties, such opposition was labeled as ‘elitist’ and wrong because it went against the “populist” will of the people. Jackson would say “the great mass of the people cannot be corrupted” in defense of these policies. This perspective prevails in the present day with our democracy functioning as though humans are individually good and collectively wise.

What should faithful Christians consider in our democratic process in light of this?

McKenzie does not argue that returning to the founders’ style of democracy, where only white, property-owning males could vote, would solve our problems. A tyranny of the minority is no better since all are affected by The Fall. He does point to the C.S. Lewis quote noted above and claims our motivation for pursuing democracy must reckon with the reality of human depravity. We should be cautious of assuming a certain perspective or policy is right merely because “the majority” believes it to be so. We should take care to protect the rights of minorities, practice restraint when our preferred “team” is in power, and advocate for principles of justice to be followed, even if they are unpopular. This is because victory for Christian values over our culture should not be the church’s goal, but rather to be faithfully present in the midst of culture to bear witness to God’s kingdom, no matter if the majority accepts or opposes our view.

Our engagement in politics ought to flow out of our virtue formation. One of the most commonly repeated quotes during election season is “America is great because she is good.” McKenzie explains how this is falsely attributed to Alexis de Toqueville, a French author who wrote about American democracy when visiting Jacksonian America. De Toqueville’s actual perspective was the opposite. He said “I cannot regard you (Americans) as a virtuous people.” He recognized a profound individualism in American culture that is antithetical to virtue, in that true virtue seeks the good of the whole at the expense of one’s self. A democracy that elevates the will of the majority, when there are not sufficient structures in that culture to instill the character of self-sacrifice for the betterment of others, will inevitably lead to tyranny and oppression.

Where Is Our Dependence?

As we enter into another contentious election season, let’s keep this in mind. American Christians have been given an immense privilege to have a voice in how our government is run. Engaging politically is potentially one of the most powerful ways to love our neighbors, while simultaneously also being an avenue that can bring immense pain and suffering to them. Let’s use that privilege virtuously to serve others. Let’s engage those we disagree with in a posture of humility. Let’s ask God for guidance and wisdom because we are dependent on him. Let’s interrogate our own political ideals as much as we question the “other side”, knowing that “We the Fallen People” includes ourselves.

McKenzie, Robert Tracy. We the Fallen People : the Founders and the Future of American Democracy. Downers Grove, IL: IVP Academic, 2021.

*Lewis’ quote has been adjusted to reflect contemporary norms for gender-inclusive language for human beings.