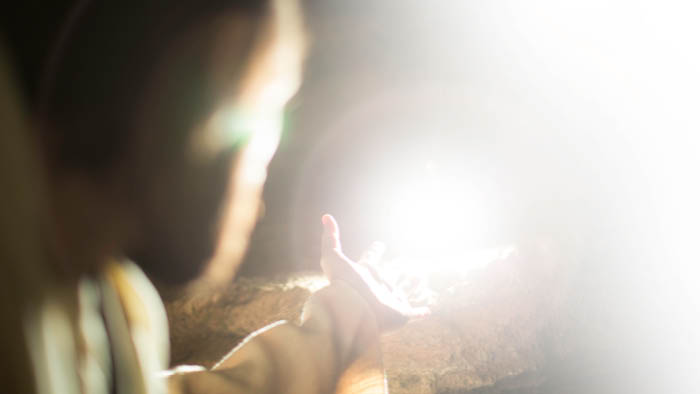 Why I Can’t Stand Christmas Music but Love This Carol

Confession time…I’m not a huge fan of Christmas music. Maybe that’s because I get tired of hearing the same tunes every year. Maybe it’s just because “chestnuts roasting on an open fire” or “dreaming of a white Christmas” don’t evoke the same nostalgia for me as they do for others. These songs don’t resonate with my experience growing up in Africa. Or maybe it’s because the quaint sentimentality of many Christmas songs feel out of touch with my life and the concerns of a broken world. Call me a ‘Scrooge’ but I don’t plan on voluntarily listening to much Christmas music this year.

That being said, when I get past my personal music tastes and really pay attention to the lyrics of many traditional Christmas carols, I find them to have a deeply rich theology. One such song is It Came Upon a Midnight Clear. This carol was written by Edmund Sears in 1849 during the aftermath of the Mexican-American War and popularized during the Civil War. The lyrics draw out the disconnect between the announcement of peace from heaven at Christ’s birth and continuing war and suffering on earth.

It came upon the midnight clear,
that glorious song of old,
from angels bending near the earth
to touch their harps of gold:
“Peace on the earth, good will to men,
from heaven’s all-gracious King.”
The world in solemn stillness lay,
to hear the angels sing.

This opening stanza references the angels’ announcement of Jesus’ birth to the shepherds (Luke 2:14). The carol doesn’t treat this pronouncement as something only given one time in the distant past, but envisions how this message is continually proclaimed. This happens despite the discord and division among humans, referenced by an allusion to the Tower of Babel (Genesis 11:1-9).

Still through the cloven skies they come
With peaceful wings unfurled,
And still their heavenly music floats
O’er all the weary world;
Above its sad and lowly plains
They bend on hovering wing,
And ever o’er its Babel-sounds
The blessed angels sing.

The next stanza is often omitted in contemporary hymnals, but it is my favorite. Unlike many sentimental Christmas songs, this carol is not unaware of the suffering and brokenness still experienced in this world. Even two thousand years after Christ’s coming, sin and death still reign in our world. Even still, the lyrics call us to hush the messages that lead us to strife and focus on the message of the Promised King.

But with the woes of sin and strife
The world has suffered long;
Beneath the angel-strain have rolled
Two thousand years of wrong;
And man, at war with man, hears not
The love-song which they bring; –
Oh hush the noise, ye men of strife,
And hear the angels sing!

The beauty of Christmas is not found in sanitized and picturesque images of an ideal nativity scene, but rather in God’s entrance into the broken messiness of human life as a real baby to save us. He is the one “who redeems your life from the pit” (Psalm 103:4). This song names those messy experiences of pain and suffering we have, and it invites us to look to Christ in the midst of it.

And ye, beneath life’s crushing load,
Whose forms are bending low,
Who toil along the climbing way
With painful steps and slow,
Look now! for glad and golden hours
Come swiftly on the wing; –
Oh, rest beside the weary road
And hear the angels sing!

This carol captures the profound tension of the Advent season. We are caught in the already-not-yet, looking back to Jesus’ first coming with joy, and also looking forward in faith to his second coming, when he will make all things right. Unlike out of touch Christmas tunes, this carol connects with that enduring and timeless struggle.

For lo! the days are hastening on
By prophet bards foretold,
When with the ever circling years
Comes round the age of gold;
When Peace shall over all the earth
Its ancient splendors fling,
And the whole world give back the song
Which now the angels sing.

Listen to the recording of this beautiful carol performed by our campus worship pastors. As the music washes over you, may you experience God in the midst of pain, disappointment, and brokenness. He doesn’t ignore the pain you are in, but instead sees you there and enters into the mess to redeem it.