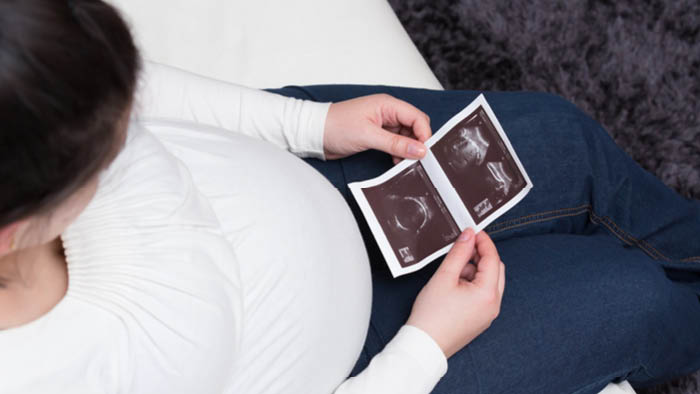 This January marks the 49th anniversary of the landmark United States Supreme Court Roe v. Wade decision. On January 22, 1973, the highest court of our land circumvented legislative process and declared by judicial fiat that abortion on demand is legal. Discovering a constitutional right to privacy relating to abortion as well as drawing an arbitrary line around fetal viability, the court deemed the unborn less than human, depriving them of the right to life.

I believe the Supreme Court’s ruling in Roe v. Wade was morally, legally, and scientifically bankrupt. In many ways Roe v. Wade tragically echoes the Dred Scott v. Sandford case decided in 1857, which declared that Americans of African descent were not American citizens and instead categorized as property. This immoral court ruling perpetuated racism and provided the ongoing legal cover for the cultural legitimacy of slavery.

As a nation we look back at Dred Scott and shudder with visceral incredulity and moral outrage. How could this be? We wonder how the highest court of the land could legally sanction and codify such glaring injustice. We are aghast how a culture could be so easily deceived, callused, and morally blinded. Yet, as a nation for 49 years we continue to legally sanction abortion on demand, justifying it by sound bite pro-choice rhetoric and sleight of hand obfuscations.

Make no mistake: dehumanization is the same deceptive force that fuels the taking of unborn life. The abortion industry is rooted in a history of eugenics that targets minority children for eradication. We cannot turn a blind eye to the compounding evils of Dred Scott and Roe and their lasting impact on minority and under-resourced communities in our country.

We must not be deceived by the seductive arguments of “my body my choice,” sex without consequences, and placing career and comfort above the lives of the unborn. Our culture, on the one hand, praises autonomy and self-indulgence above all else, while on the other, dismisses the real needs of women facing unplanned pregnancies. We must be counter-cultural. We must recognize the humanity and value of each unborn life and do everything we can to support each woman walking the difficult road of unplanned pregnancy and motherhood. We must show unwavering compassion both to the unborn and the brave mothers who carry them.

We also must not be deceived by the supposedly noble goal of making elective abortion, “rare and safe.” Like the immoral slavery industry of old, we have an immoral abortion industry that has no vested interest in making abortion increasingly rare. This abortion industry is driven not only by an ideology deifying personal choice at the great expense of denying the right to life of the unborn, but also motivated by great economic gain. How should we respond to this grave injustice that leaves the innocent in the jaws of death?

The Gospel of the Kingdom we embrace as broken sinners like you and me brings the heart-arresting hope of healing and wholeness. If you have been wounded by abortion and would like to talk with someone, please contact one of the pastors at your campus. You are welcome at our church. Our staff desires to be there for you in any way they can.

How should we respond to the grave and glaring injustice of abortion? Let me suggest a few reflections for us to consider.

First, we need moral clarity around legalized abortion on demand. We dare not confuse the legality of something with its morality. Legal legitimacy does not necessarily mean moral legitimacy. As followers of Jesus guided by the clear teachings of Holy Scripture, the unborn are image bearers of God, have unimaginable intrinsic worth and are to be cared for and protected (Psalm 139:13-16, Jeremiah 1:5). We are called to protect the vulnerable and give a voice to the voiceless (Proverbs 31:8-9).

Third, we must continue to advocate with tenacity in the public square, in the halls of government, and in the courtroom for moral laws in regard to abortion.

Fourth, as the prophet Micah reminds us, we are called not only to do justice, but also to love kindness and walk humbly with God. Moral clarity and properly motivated justice zeal must always be forged and formed in intercessory prayer guided by kindness, compassion, and humility. The moral clarity of our minds must be shaped by the Christ-like love in our hearts, expressed in the truth-laden, yet gentle tone of our voices.

Fifth, as a church family we have and will continue to work with and support crisis pregnancy centers like Advice and Aid that helps those with unplanned pregnancies and offers support for those healing from the wounds of abortion. We will also continue to advocate for adoption and support birth mothers and adoptive families.

Sixth, let us pray for a spiritual awakening for our nation and not lose heart (Luke 18:1).  An awakening where the church and people of all goodwill might gain moral clarity and address the most compelling injustices of our time, including the grave injustice of the destruction of unborn human life. Pray also for the U. S. Supreme Court as it decides perhaps the most important abortion case of a generation, Dobbs v. Jackson Women’s Health Organization. In this case, the Supreme Court has the opportunity to walk back, or even end, the constitutional right to abortion it pronounced in Roe v. Wade.

Passing the Value Them Both Amendment is crucial to protecting pro-life laws in Kansas and preventing Kansas from becoming a safe haven for the abortion industry. In 2019 the Kansas Supreme Court ruled that the Kansas Constitution provides an “inalienable” right to abortion–even more radical than Roe v. Wade. One consequence of this ruling is that Kansas’ pro-life laws are in danger of being stricken down by the courts. Another consequence is that if Roe v. Wade is overturned at the federal level, then Kansas will continue to recognize a nearly unlimited right to abortion. The only way to reverse this tragic course is to amend the Kansas Constitution, and we have the opportunity to do so with the Value Them Both Amendment in August 2022.

As a church we have been, and will continue to be, non-partisan. However, in regard to legalized abortion on demand, this is not a partisan issue, but a moral one that transcends partisanship. I am grateful for a church family that embraces both uncomfortable truths and compassionate grace. How my heart longs for a day when the unborn will be valued, cherished, and protected. I hope yours does too.