Vocational Discipleship in a Bulletproof Vest 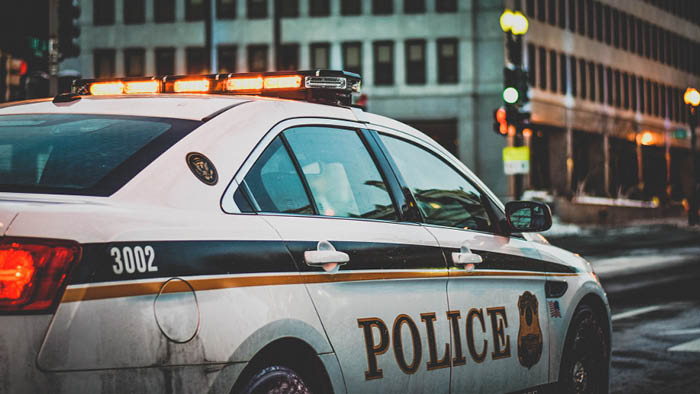 At least once a month I do something I never imagined myself doing as a pastor: I put on a bulletproof vest. The vest is part of the uniform I wear as a chaplain for the Kansas City Missouri Police Department (KCPD). 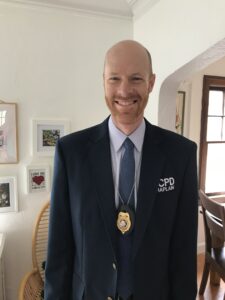 As a local church pastor, one of my primary responsibilities is to equip the people of God for “works of service”—and for most people the place where they do the majority of their serving is in their workplace, through their occupation.

So when the Kansas City Missouri Police Department approached me about joining their chaplain team, I eagerly accepted the role.

First, it was an incredible opportunity to extend the local church’s mission of vocational discipleship into a dangerous, difficult, and draining vocational field. Second, because as the child of a police officer—my dad served as an officer for 25 years — I’ve experienced firsthand the joys and challenges that come from being part of a law enforcement family.

So what does a police chaplaincy involve? That was a question I asked a lot during the extended background check and vetting process that took place before I was officially “sworn in” and joined the team in November of 2018. What I’ve learned serving in this role is that there are three main aspects.

Second, chaplains are available to serve officers for weddings, funerals, and pastoral care in times of need.

Third, chaplains are a faithful presence with the officers as they do their work—cue the bulletproof vest. This faithful, persistent presence is the heart of the chaplain role and where most of the time is spent. During regular ride-alongs with KCPD officers, I get the chance to hear their stories, see what they see, and experience firsthand the realities of law enforcement work.

I’ve been on ride-alongs where hardly a single call came in, and on others when the radio didn’t stop the whole time, and the officers went from missing person calls to liquor store brawls to domestic violence situations.

But it’s the moments in between calls— talking while patrolling a lonely street or pausing for a quick bite to eat—where the real work of friendship, listening, care, and vocational discipleship occur.

In an interview Matt Rusten, the executive director of Made to Flourish did with David Kinnaman, president of Barna Research Group, David explained “vocational discipleship” like this:

Vocational discipleship is a means of helping people understand what they’re called to do, made to do. A sense of how their work matters….[It] is the process by which we would help someone understand they are made in the image of God to do things in the world…to bring God glory and to do good, and to push back the broken parts of creation in doing your work and doing it well.

In every interaction with a member of KCPD, that is the goal I’m working toward—helping them to have a deeper understanding of what they are made to do and how their work is pushing back the broken parts of creation as they accomplish their work well.

So whether it’s in the pulpit on Sunday morning or in a patrol car on Monday night, vocational discipleship is at the heart of my role as local church pastor.